With extensive effort dedicated to materials science and research, CAVS' capabilities include comprehensive facilities for materials manufacturing, materials characterization and mechanical testing. In-house capabilities to build, break down, and examine material properties allows CAVS researchers the ability to be hands-on throughout the entire materials cycle, with the ability to adjust and optimize components as needed.

Our 50 lb.-capacity vacuum induction melt furnace can produce highly precise alloys. Materials that are free of typical industrial impurities can be produced using high purity alloying materials. Materials that do contain impurities can also be produced to investigate the impacts of these impurities on commercially produced materials. During a typical melt, raw materials are loaded into the crucible and heated to approximately 1600?C, although dependent on which materials are used. Once melted and mixed, various size molds are used to cast ingots for further processing. Molds include 25 lb. and 50 lb. rectangular book molds, as well as custom molds for specific applications.

CAVS facilities can conduct laboratory-scale heat treatment of all kinds of metal alloys, which is a crucial part of material development. Equipment includes tube and muffle furnaces with a temperature range of up to 1500 C and volume to 400 mm x 400 mm x 550 mm.

CAVS has a full-capability machine shop with dedicated support staff. Fabrication capabilities include:

CAVS is home to a well-equipped Additive Manufacturing Laboratory. To ensure research success at an accelerated pace, MSU and CAVS house unique resources, including AM machines, mechanical characterization equipment, full-service machine shops, a high-performance computing network/cluster and more. MSU's CAVS is one of only a few universities in the nation with a Laser Engineered Net Shaping (LENS )-equipped Stratonics ThermaViz dual pyrometer/infrared thermal imaging and control system. This system allows for the real-time collection of infrared images during LBAM and can be utilized for both in-situ monitoring and quality control of parts. 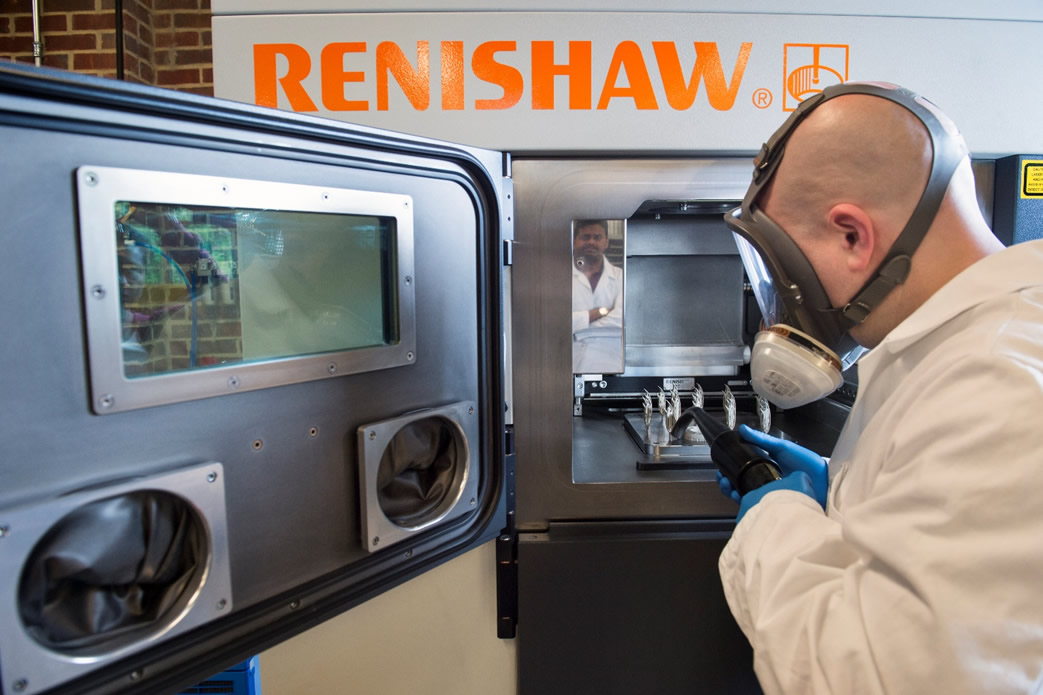 The CAVS sample preparation lab provides a safe and accurate environment for using microstructural characterization equipment to prepare materials samples for use. Specimens are mounted and then polished using a variety of manual and auto-polishing equipment. Other capabilities include etching, water-cooled cutting, and sputter coating.

SPECTROMAX can analyze all of the chemical elements required by the metal industry, including traces of carbon, phosphorus, sulfur and nitrogen. The spectrometer is well-suited for applications like:
LECO 744 Carbon and Sulfur Analyzer determines carbon and sulfur in metals, ores and other inorganic materials. System highlights include:

The microscopy facilities at CAVS include optical and scanning electron microscopes. We also have access to transmission electron microscopy through our member center, the Institute for Imaging and Analytical Technologies (I2AT). Our FEG and environmental SEMs are equipped with EBSD and EDS capabilities.

The SUPRA 40 is a general purpose high resolution FESEM. Combining excellent imaging properties with analytical capabilities makes this workhorse suitable for a wide range of applications, such as materials development, failure analysis, nanotechnology and analytical applications. The large specimen chamber allows the opportunity to better configure the SUPRA 40 for specific applications without sacrificing efficiency.

Non-destructive test methods such as X-ray computed tomography allow CAVS researchers to evaluate the internal and external structures of material samples. In addition to X-ray CT, we can also do surface profilometry and particle size distribution.

CAVS has Instron electromechanical testing systems with 50kN and 100kN load frames that use a variety of different load cells. This machine is capable of conducting tension, compres- sion, and flexure tests at various rates (0.001/500 mm/min) and temperatures up to 350C. They are equipped with flat and round (Vee) jaw faces.

CAVS also has an Instron Model 8850 for axial-torsional fatigue and static testing of biomedical, advanced materials and manufactured components. There are also three MTS servo-hydraulic load frame machines equipped with grips for round and flat specimens and for axial and torsional fatigue testing:

Used for compression, tension, and torsion in axial-torsional fatigue and static testing of biomedical, advanced materials and manufactured components.

An Instron electromechanical testing system with a 100kN load frame that uses a variety of different load cells. Capable of conducting tension, compression, and flexure tests at various rates and temperatures up to 350 degrees C.

A critical element of understanding materials response is understanding properties over varying rates of deflection and strain. CAVS researchers have developed Split Hopkinson Pressure Bar (SHPB) high strain rate systems, deployed at multiple universities in the US, and have helped develop the first open source SHPB analysis tool for the dynamic materials community. CAVS has systems for testing both high and intermediate-rate strain response.